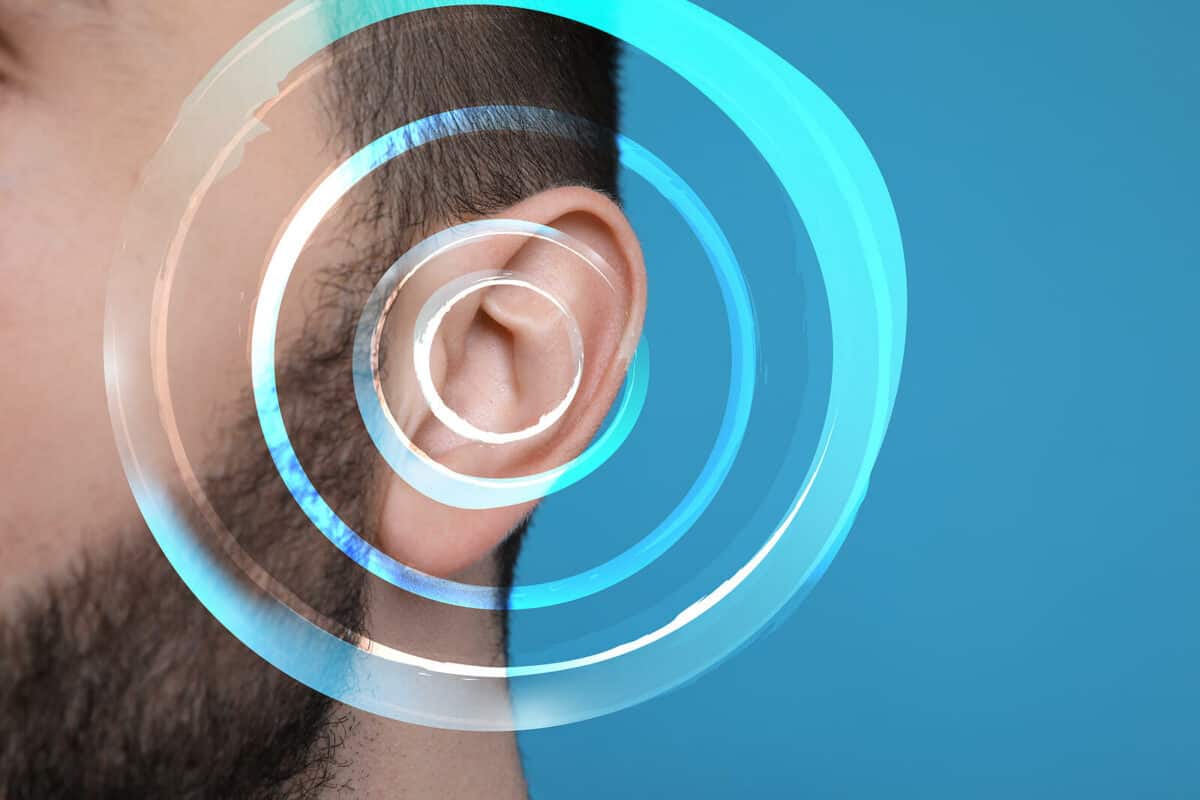 Do you ever experience a ringing in your ears that your just can’t seem to shake? It may seem as if it is coming from nowhere, giving you the feeling like you can’t escape it. This is the symptom of tinnitus, a phantom ringing of the ears which has no external source. While benign for many arriving and leaving quickly, for many it can be persistent causing stress, sleeplessness and trouble concentrating during the day. Now a new study has identified just how common this irritating buzz can be, naming it the third most common health condition affecting seniors in the US!

If you’ve ever enjoyed a loud concert or fireworks display and left with a ringing in the ears, it indicates that some degree of hearing damage has occurred due to high levels of sound. It may dissipate in a few minutes, or hours, but the long-term effect to your hearing are subtle and permanent. Nearly 90% of those who have tinnitus also have hearing loss making the connection between the two conditions strong. We collect sounds with our ears, but those sounds are delivered to the brain via tiny hair-like cells called stereocilia. Stereocilia are very fragile and irreplicable and susceptible to loud levels of sound – causing them the vibrate violently enough to sustain damage. This can result in lifelong hearing loss but also tinnitus. Damaged stereocilia can send a sort of unintentional feed back to the brain which is interpreted as the symptoms of tinnitus. According to a recent study from the University of California-Irvine, nearly one in 10 adults in the US live with tinnitus.

How Serious is Tinnitus?

For most people tinnitus is an experience which comes and goes. However, the Centers for Disease Control and Prevention (CDC) reports that “roughly 20 million people struggle with burdensome chronic tinnitus, while 2 million have extreme and debilitating cases.” The contrition is often causing stress when it arrives and it seems that stress seems to amplify it’s effects – putting it in the center of your consciousness. It can feel inescapable and the more it is focused upon, the more prominent it feels.

In 2016 The University of California-Irvine released a report on tinnitus in JAMA Otolaryngology-Head & Neck Surgery which collected data from 75,764 respondents over the age of 18. The findings showed that based on this cohort, over a year, approximately one in 10 adults in the US most likely reported the experience of tinnitus. This study took into account all degrees of tinnitus from mild – lasting a few moments, to severe-  suffering for days or even weeks!

The findings of the study estimated that 21.4 million adults (9.6% of the population) have experienced some form of tinnitus in 2016 and of this represented population, 27% experience chronic tinnitus, including symptoms extended over 15 years. Thirty-six percent of adults with tinnitus reported constant daily symptoms, with those who reported working in noisy environments suffering most commonly.

It may not seem like a big deal, but when tinnitus starts to feel unescapable in every aspect of your life it can affect your mental health, stress levels, ability to get proper rest and inhibit you from focusing on the task at hand day after day. the UC-Irvine study reports that 7.2% of respondents said their tinnitus was a “big or very big problem,” while 42% said that their condition was a “minor problem.”

a “big or very big problem,” on average meant trouble escaping the symptoms of tinnitus day and night and suffering from a constant release in the brain of cortisol levels, which can increase the risk of hypertension, stroke, and heart attack. On a personal level it can cause chronic depression, sleep issues, and concentration issues throughout the day ultimately affecting one’s career, ability to earn a living wage and have a major effect on all interpersonal relationships in your life.

The important thing to understand is that while there is no cure for tinnitus, it can be addressed by several techniques. Some include stress management techniques such as acupuncture and meditation, while other techniques center on masking the sounds of tinnitus. Because hearing loss is connected to tinnitus, constant tinnitus could point to a hearing issue. Contact us today to schedule a hearing exam and find out more.