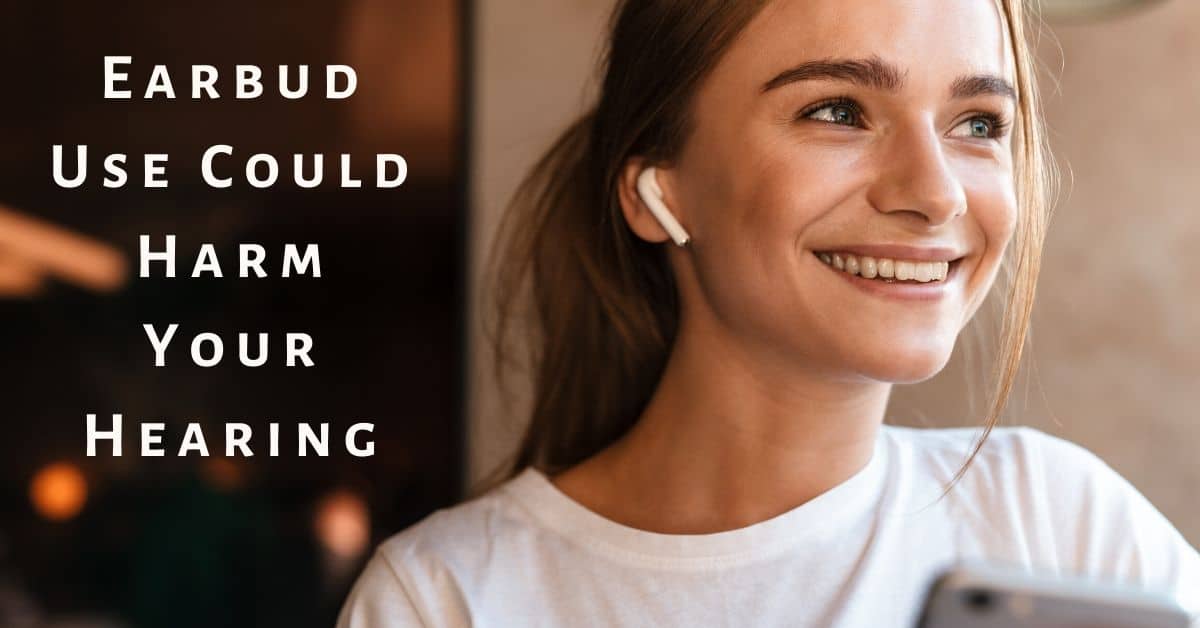 When we think of the causes of hearing loss, our minds go immediately to very loud sounds. Some of us think of the machinery in industrial sites, while others think of an explosion or a car crash. Still others might think of musicians who are constantly exposed to very loud music in rehearsals or performances. Although these are indeed risky contexts for hearing loss if you are not wearing proper protection, there is a hidden threat that is gaining popularity: earbuds.

The World Health Organization (WHO) did a recent study regarding earbud use and its correlation to hearing loss. It turns out that earbud use increased by 75 percent between the years of 1994 to 2005, a shocking jump. Who knows how much more this use has increased in the 15 years since the completion of that survey?

During that time period, about half of young people between the ages of 12 and 35 in middle- to upper-income countries exposed themselves to damaging volumes of sound from their portable music devices. With such a striking uptick in the use of earbuds, we need to consider how the damage takes place as well as what can be done to prevent it.

How Do Earbuds Cause Hearing Loss?

As you may already know, the most common form of hearing loss occurs when the sensitive cells of the inner ear, called stereocilia, are damaged through exposure to sound. The longer the duration and the louder the sound, the more permanent damage will be caused.

One of the deceptive features of earbuds is their ability to produce damagingly loud sounds that nobody else can hear. Though the sounds emitted from these devices might be causing permanent damage to the user, they remain quiet or even inaudible to a person nearby. Earbuds project sound directly into the ear canal, creating a resonant chamber in which sound is amplified. Even a sound of 85 decibels is sufficient to cause damage if it is experienced for long durations of time, day after day.

Earbuds are used to listen not only to music but also to podcasts, news, and the audio attached to video. Young people are using earbuds at alarming rates and for extended periods of time due to higher rates of media consumption. Binge-watching television and listening to an audio book during work are both possible sources of hearing damage if the volume is too high. The “master” level of music is not always equal. If a person is streaming music on a smartphone or media player, one song may be played at an appropriate volume while the next is unnecessarily loud.

What Can You Do to Prevent Recreational Hearing Loss?

The hearing loss incurred during a voluntary activity is considered recreational or leisure hearing loss, and you are in control of your exposure. The best thing you can do is to limit the time and the volume of exposure. For instance, if you want to hear a sound clip while you are riding the subway, why not limit that use to just a few seconds rather than blasting audio during your entire commute?

If you are using earbuds connected to a smartphone or other media device, make it a habit to reset the volume each time you engage with them. Turn the volume all the way down and slowly return the volume to a comfortable level, and try not to max out that volume whenever possible. With these pointers in mind, you can continue to use earbuds in a way that is less likely to cause permanent damage.

If you are concerned about your hearing abilities, contact us at Whisper Hearing Centers for a comprehensive hearing health consultation. We’re here to help!